Rosy began her training at the Harlequin School of Dance and Performing Arts, she continued to study dance and graduated from Edge Hill University in 2013 with a first class degree in Dance and Aerial Performance. At university Rosy collaboratively formed 4Front Dance Company and their work was chosen to perform at UDance 2013 at the Lowry in Manchester.

Her association with Adaire to Dance started when Rosy interned for the company in its early stages, she went on to become a Coffee frantic in the Research period of Coffee Shop Culture before taking part in Adaire's first graduate development programme. Rosy is now thoroughly enjoying working as a freelance dance artist in her local area in Derbyshire.​ 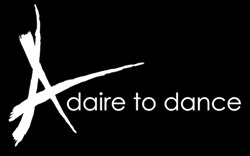 Luke has also performed for the English National Opera in the Phillip Glass production 'The Perfect American' also choreographed by Ben Wright. Luke is a freelance dance artist and teacher running dance workshops and master classes across UK and Ireland. Luke is also commissioned to make full length works for both youth and professional companies across UK and Ireland. Luke is currently exploring his own choreography and artistic practice, making work as part of a newly formed group, 80collective.

Michael Peter Johnson is a freelance dance artist and collaborator. He graduated from the Rambert School of Ballet and Contemporary Dance with a first class BA Hons and has since worked professionally for various choreographers and companies.

Within his own artistic practice Michael thrives from working in collaboration with other art forms. Some of his recent collaborations have included working with photographers, stylists, costume designers and fashion designers. This work continually inspires his freelance dance career.

In 2013 Michael founded Mode & Motion, an online resource and production house for dance and fashion collaborations.

Michael is a founder member of Adaire to Dance and has worked with the company since 2011.

Joel graduated from LABAN in 2012 with a first class degree in Dance Performance. Since then he has worked with contemporary dance artists such as Ben Wright, Hofesh Shechter and Matteo Fargion. Joel enjoys creating material and exploring new techniques and methods within dance.

He is passionate to one day pursue a career in choreography. As well as dance Joel enjoys cooking, playing guitar, football, tennis and eating!

Victoria works professionally across television, film and stage. She is a highly competent and accomplished performer.

As a dancer with the ability to act she is widely in demand for short films, commercials and music videos.  Her practice and understanding of most dance techniques from ballet to modern jazz, means that she can work with ease across all modes of performance.  She is also an experienced teacher, qualified to teach all ages and abilities with an Associateship and Licentiateship of the National Association of Teachers of Dancing.

Victoria is a founder member of Adaire to Dance and has worked with the company since 2011.

Louis, originally from Chesterfield, Derbyshire has been with Adaire to Dance since 2012. Louis graduated with a First Class Honours Degree from the Northern School of Contemporary Dance in 2013 and then went on to complete a Postgraduate Diploma through the London School of Contemporary Dance as an apprentice dancer with Tavaziva Dance before becoming a full company member in 2014.

Louis also dances as part of Balbir Singh Dance Company, first joining in 2012 he then went on to become a senior dancer and rehearsal director on behalf of BSDC in student re-workings of extracts of the Cultural Olympiad piece ‘Synchronised’

Hal trained at Rambert School of Ballet and Contemporary Dance and graduated with First Class Honours in 2010. After graduating Hal performed with Moving Visions Dance Theatre before joining Verve11 performing work by Ben Wright, Charles Linehan and Thomas Noone among others.

Hal is also a keen choreographer and teacher. His work has been performed at The Cochrane Theatre, The Lilian Baylis Studio Theatre and The Linbury Studio Theatre. He is an experienced facilitator for workshops in Dance technique, Dance Science and Dance & Digital.

Hal believes that dance is a powerful communicator and is passionate about raising interest, audiences and participation in dance.

Alice set up Adaire to Dance in 2011. With a passion for dance in the Midlands she based the company at Déda in Derby. With an initial production as part of Bakewell Arts Festival Adaire have since gone on to perform across the region and beyond.

Claire trained at the Northern School of Contemporary Dance, graduating in 2011, before undertaking a post-graduate apprenticeship with ACE Dance and Music and then becoming a full company member in 2012.  She loves to collaborate with artists of different disciplines, especially visual artists and film makers, and is keen to keep learning new skills through working in a diverse range of styles.